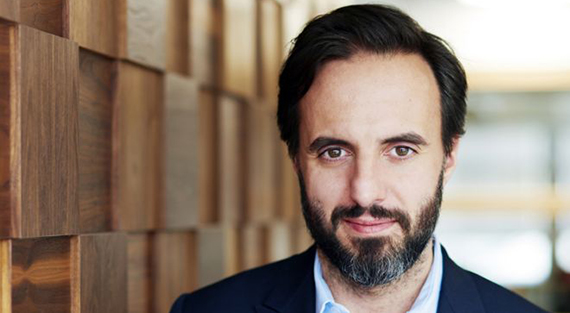 Not a far-fetched idea: How one man built a $1.5bn fashion business

He's the boss of one of the world's fastest-growing luxury fashion websites, yet Jose Neves admits that he used to find the clothing industry "frivolous and uninteresting".

A self-confessed "computer geek", it was instead information technology that stirred his passion growing up in Portugal.

And while studying economics at Porto University he launched a software company.

It was this venture, which created operating systems for Portuguese footwear and textile companies, that helped to quickly change his view of the fashion industry.

"I began to understand the way the industry worked, and thought it was really cool," says the 42-year-old.

"And as fashion is a global industry, I thought it would provide me with my chance to run away from Portugal," adds Mr Neves, who says it was always his dream to live and work in London.

"I thought if I can do computers, I can design shoes. You think you can do everything when you are 22."

Fast-forward to today, and Mr Neves is the founder and boss of website Farfetch, which is valued at $1.5bn (£1.2bn).

Mr Neves' idea for the website was that it would be a marketplace that sells clothes from a host of independent designers around the world, who otherwise would probably not be able to establish a significant global online presence on their own.

Launched in 2008, Farfetch now sells wares from more than 400 boutiques, from 38 countries, giving them a global shop window in exchange for a reported 22% commission. Farfetch says that sales via the website totalled $512m in 2015, a 70% increase on the year before.

Going back to Mr Neves' early 20s, while he continued to run his software business Grey Matter, in 1994 he also started to design shoes under the brand name Swear.

A year later he fulfilled his ambition to move to the UK, where he opened the brand's first physical store in the Covent Garden area of central London. Then in 2001, he opened a menswear shop nearby called B Store, which won a national retailer of the year award in 2006.

Yet despite three businesses to his name, Mr Neves had bigger ambitions in mind in the online sphere.

"I knew I wasn't the greatest shoe designer in the world, or the best programmer, but very few people have knowledge of both areas," he says.

"I really wanted to do something in fashion e-commerce, but I was waiting for that big idea that could change the industry, and become meaningful on a global scale."

Mr Neves was at the spring/summer Paris Fashion Week in 2007 when the light bulb moment struck.

"I was meeting lots of boutiques, and noticed that the ones that were growing had strong online operations," he says.

Other designers didn't have any online presence because they either lacked the ambition, funding, or know-how.

So the idea for Farfetch was born - enabling small designers or fashion retailers to become global players via a single online marketplace.

The company's name alludes to the fact that it fetches clothes from far-off places, rather than something which is far-fetched or difficult to believe.

Using his own funds to launch the business, Mr Neves says that although it was difficult to attract his first client, "when one signed up it convinced the rest to follow".

Trouble soon arrived, however, in the form of the global financial crisis, with US banking group Lehman Brothers collapsing just two weeks after Farfetch's launch.

Due to the resulting slowdown in business lending, Mr Neves says he couldn't get the outside investment he was counting on.

"No investor would touch us, so we had to continue funding ourselves for [almost] three years."

Investment was finally secured in late 2010, enabling Farfetch to expand its workforce.

The company has now secured $305m of investment via six rounds of funding, and has more than 1,000 employees across 10 offices including Moscow, Tokyo and its London headquarters.

The success of Farfetch continues to impress some influential people in the fashion sector.

"Farfetch has a reputation for being agile and embracing digital innovation, which has kept it at the forefront of the industry," says Keely Stocker, editor of fashion trade magazine Drapers.

"It gives independents a channel to reach global markets such as the US, Brazil, China and Russia as well as Europe."

Mr Neves says that a share flotation will be "the next financial milestone" for the company, but he won't be pushed on dates.

Stay up to date with the latest news and updates